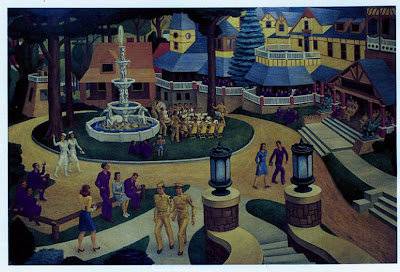 Grand Rounds 4.03 is now up and running over at Nurse Ratched's Place. Mother Jones RN calls this post "It's Military Week at Grand Rounds" - a tribute to health professionals who serve their country by serving others. Thanks for including my post:

In 1945, Surgeon General Norman T. Kirk was asked to name the first three outstanding innovations brought about by World War II, and without hesitation he said, “Surgery, the sulfa drugs, and penicillin.” Other outstanding achievements in military research included dried plasma, which was developed and first used during World War II. Medical research conducted by the military during wartime continues to save countless lives.

Research in the civilian world is also saving lives. Dr. Anonymous sent in this post about the American Cancer Society and Breast Cancer Awareness Month. One day researchers will find a cure for breast cancer, but until then Dr. Anonymous is urging readers to learn the facts about the disease.

If you don't know what Grand Rounds is, it is a weekly compilation of the best posts from the medical blogosphere that moves to different sites each week. And, who doesn't like reading about medicine and science?

Thanks again to MJ for being a guest on Doctor Anonymous Live last week. I really appreciate it. Speaking of the show, we have a great list of guests coming up this month. Next week, Grand Rounds moves to NY Emergency Medicine.
at 1:01 AM