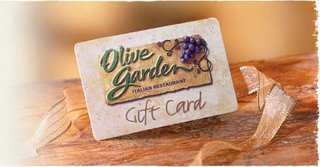 Since this is the holiday season, why not talk about gift giving. Back in October, I talked about the whole thing of re-gifting. And, that seemed to generate some discussion.

I have to admit that I'm horrible at picking out gifts for people. I dread going to the mall and trying to figure things out. When I was introduced to the gift card, my life changed dramatically.

I know some people are offended by this gesture, but for me, it says, "Hey, I know what ever I get for you, you're going to return anyway, and get what you really want. So, why not cut to the chase. Here's a gift card."

I was talking with one of my co-workers here at the office. She thinks the gift card thing is totally insulting and saw on television the idea of plastic surgery, er, cosmetic surgery, gift cards. What? Huh?

I did a little research on this and found an article in USA Today talking about giving the gift of plastic surgery. Hmmmmm....

Tina Baldwin, 48, of Newfield, N.J., was thrilled this fall when her husband gave her an early holiday present: any cosmetic surgery she wanted. She chose liposuction.

As others like Baldwin gear up to look their best for the holiday season, cosmetic surgery centers nationwide are offering gift-giving specials, where anything from wrinkle-reducing Botox injections to breast implants can be credited to the gift giver.

I would imagine some people would like to get plastic surgery as a gift from someone. But, I would also imagine that others may have a problem with this....

The gift giver may also offend the recipient, says Zachary Gerut, a Long Island plastic surgeon and assistant clinical professor at Albert Einstein Medical Center in New York. He says it's not uncommon for a husband to bestow the gift of a breast implant upon his wife this time of year. "Why don't you just insult the poor lady and be done with it? It's like telling someone they have bad breath," he says.

So, as you're making your final checks of your list to see who has been naughty and who has been nice, don't forget to factor in the plastic surgery gift card for someone your love. If that's too expensive for you, then there's always the Olive Garden. Happy Holidays!
at 7:16 AM

The first thing I thought was "Well that is insulting" but....if the wife has been talking about how unhappy she is with her body/face etc. then that means hubby has been paying attention and wants to give her what she really wants, right?

Thank goodness I would never have this problem [;D wink]!

Last time I got food poisioning I lost about 10 pounds from not being able to eat all week. I think that an Olive Garden gift certificate is a lot less expensive than the lypo and may have the same effect.

We discussed gifting on one of the yet-to-be released podcasts. By the way, you were mentioned this time.

Let me know if you need my mailing address for that gift card. I am not picky--anything from lipo to a teeny facelift would be fine :)

OMG, i want a plastic surgery gift card!!!!! i have been toying with the idea of making an announcement of some sort to friends and family, that in liue of christmas/birthday/whatever presents, they make a donation to an account [preferrably a CD or some high-yield interest thing] that i can save for my plastic surgery... i have been in such turmoil over my need of it for the last almost two years, i would welcome it.

hey. i could set up a paypal account, and put a link on my blog. i have a friend who is doing this for her IVF treatments. whadaya think?

I kind of see where is discussion is going today. Hehe...

I dont know if any of you have seen this link about regifting...but there are some funny stories there..

Ooh, this is cool. Being a student (which means I have mischief on my mind all the time) I can see how this sort of thing could be the ultimate in insults. Imagine walking up to your archenemy in class and presenting him/her with a goft cert for liposuction or breast implants.

Oh, it could get MUCH worse, Dr. A. Imagine if someone gave you a gift card for a Pro-extender system! Let's not go there.

Oops, guess I already did...

OMG! You people! This is supposed to be a highly respected medical blog. LOL.

I mean, I'm up for blog of the year, you know. Sheesh! Just kidding. Great discussion today...

I love gift cards! Good to keep in your pocket to have on hand during family gatherings if someone catches you off guard with a gift. Although, pick a place you like because if you're stiffed by a relative, just give yourself the gift!

Shopping involves a number of potential harzards this time of year (think Nintendo Wii launch) - Dr. A's suggestion is a preventive medicine strategy as well as being practical!

Always the excuse of "too impersonal." Sigh.

This is a very interesting gift idea. But the woman would have to want it first. I assume that if a man has a fat wife he cant just buy her a plastic surgeory gift cert and not have his life in danger from being beaten.

There's nothing my teenaged niece loves better than a gift card to her favorite clothing store. (P.S.--if somebody ever gave me a plastic surgery gift card, I would kiss their feet...)

And use it for lipo. I've always wanted a flat stomach.

But then, when they first came out ... I was with someone who was getting a gift for their 10 year old daughter's birthday. They were putting it in a gift bag because "it's not worth the time to wrap it"

That just made me CRINGE! EEEKS!

I've used bags for showers, and secret sister/santa gifts ...but for Christmas and Birthday gifts ...wrapping ...is a must!

Teehee - what a great discussion here today...I love the idea of a plastic surgery gift card, even though I would never use it onmyself. Too scardycat.

Haven't read your post on regifting but I will - personally it works for me! I am definitely a big proponent of the "gift that keeps on giving" theory.

P.S. You got everyone's panties in a bunch with this one! ROFL...

sign me up! a little nip and tuck for the holiday season! :-D

I am not so big on the whole gift card thing. I would rather get a bad gift. I want them to spend some effort on thinking about what I may like. I have given gift certificates but I also included a personal touch with it.

The idea of plastic surgery card is very nice,In my point of view it is very interesting discussion about to the gift.Gift is those which is give to your beloved once and it is very good feelings.

Hi,
Thanks for giving me such type of information which is useful for my knowledge.

Gift cards are for people who doesn't have time to think of what to give as a gift. However, the one who will receive it can buy the thing that they like most.