The Myth of Morning Coffee 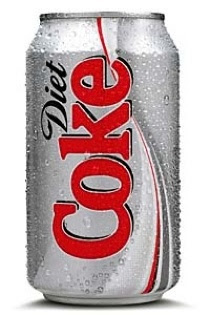 You might want to sit down for this caffeine story. No, this is not about the entrepreneur in India who is trying to steal the name of Starbucks for his own chain of coffee shops. This is a serious story! LOL.

Researchers at the University of Bristol are reporting that coffee does NOT boost you in the morning. (BBC News) Actually, coffee in the morning helps ease caffeine withdrawl symptoms. Withdrawl? Coffee is a drug? Pshaw!

Professor Peter Rogers, a biological psychologist who led the research, told the BBC: "We do feel a boost from caffeine in the morning, but that's probably due to a reversal of the withdrawal symptoms. That alertness you feel is you getting back to normal, rather than to an above normal level.

First off, a "biological psychologist?" What's up with that? Second, what you feel is "getting back to normal?" What's normal? Call me in denial, but I believe that this study is complete bunk. Caffeine rules! Long live Diet Coke and caffeine. I'm with the pro-coffee activist group on this one.

Zoe Wheeldon, of the British Coffee Association, said the research was interesting. But she added: "There are two sides to the debate and a wealth of scientific evidence suggests that moderate coffee consumption of four to five cups per day is perfectly safe for the general population and does have a beneficial effect on alertness and performance even in regular coffee drinkers."

Yeah! You tell 'em, Zoe. Finally, there are other people out there who see a different use of caffeine - Specifically the combination of Diet Coke, Mentos, and David Letterman.
at 12:01 AM

My first cup of coffee every morning, my first dose of coffeine is my e-mail... It has the same effect on me than coffeine has on others.

I'm going to side with the caffeine withdrawl crew. I quit coffee cold turkey a year ago and the first two days were full of headaches and flu-like symptoms. I wanted to drink some coffee just to make it go away, but I knew that if I did, I'd just be making the headaches leave. I do feel less tired in the morning, which I wouldn't have expected.

That was hilarious on Letterman! So is that the new breakfast Diet Coke and Mentos? LOL
I love Mentos, stopped drinking soda and hardly ever drink coffee. Never had any issues stopping either. Soda though has so much sugar, unless it's diet. But then a study came out, that said ingredients in diet soda increased ones appetite. I wonder if this is true.
Then I also read that Aspartme actually turns into formaldehyde when ingested, as the body temperature has that affect on Aspartme.
I wonder if this is all true, although I hardly won't be affected if I don't even drink it.
The thought of Mentos and Diet Coke sounds excellent though. I wonder if it'll give you gas, either up or down?

I'm surprised you didn't mention the caffienated donuts and such they plan to do to some foods now too. What a buzz that should be. Ithink I'll go have a cup of coffee, and a donut before heading off to work. Will I be more productive? Or, will I just have a headache and feel nauseous?

I'm with you, diet coke is my caffeine of choice as well. I'm not too sure about the validity of that study - you can't deny the biochemical effects of caffeine. Our neuro professor told us that caffeine blocks the adenosine receptors, thus preventing drowsyness. It makes sense to me, and would also explain why caffeine intake can elevate BP (as adenosine also causes vasodilation).

Talking about caffeine, RED BULL is the answer.
This is actually a fact, Red Bull is forbidden in Sweden because people like it with Vodka. Drinking that mix was affecting peoples health, giving them heart attacks. I don´t know how many people died from that mix, but in Sweden only one person needs to die from drinking something like that, and then they ban it. Like Tom and Jerry was banned, as it was too violent. And a lot of the American Candy is banned in Sweden and Europe.
Long live Red Bull

I don't care what coffee does or doesn't do...I still enjoy it. It's a little pick me up, whether or not it really does physically cause a pick me up.

It's not just the buzz. It's the smell of fresh espresso, the taste, the froth of hot milk, the warmth of wrapping my hands around my coffee mug on a cold winter morning...

The sum is greater than the parts, LOL.

I need my coffee. I am quite sure I would die - yes, die - without it.

Coffee ... I know it's an addiction. I'm only "allowed" 16ozs a day, however my reality is quite different. I have a cup beside me most of the day, and I may even take some iced coffee to bed with me at night. (And no, it doesn't prevent me from falling asleep.)

I've never had any physical symptoms when I haven't been able to get my "fix" ... but boy - look out for the psychological ones! *LOL* I turn into a real grouch!

We have a coffee urn going all the time here at home - it turns itself on at 4:30 AM, and perks up a delightful 35 cup pot - which is often gone by bedtime. In addition to that, my chef son bought a coffee press, and treats us all to freshly ground and pressed coffee at least once a day.

In this house - coffee is a basic staple! ;o)

I would be interested in hearing your opinion on diet drinks. Apparently you aren't concerned about the aspartame. Many moons ago when I was a working electroencephalography tech I did some personal research and over 90% of the children I tested that had new onset seizure disorder of unknown origin were, upon taking very complete histories from a custodial parent, consumers of diet colas, et cetera. Many of the parents were proud they didn’t let their children have “sugar”. When I presented my findings to the neurologist I was working with he thought it was very interesting but at that time there were no “official” studies. I decided then that a little sugar was probably better for me than something containing aspartame. Since my company is in the documentation of medical records, and out of the tech field I wonder if you know of any new findings.

For the record I HAVE to have caffeine in the morning but it has to be cold. I was a Snapple addict for a long time till my habit got too expensive :)

Must have my morning coffee.

The is caffeine in some facial masks. Really. Read all the ingredients, and it has caffeine in it. I suspect it temporarily increases circulation where it is applied, puffing up the skin slightly and reducing the appearance of wrinkles for a short time.

Diet Coke rules! I like my caffeine cold and fizzy.

I gave up diet coke for a while. I would get horrible headaches, shake slightly and not be able to fully open my eyes. Finally, one of the women I work with sat one on my desk and said one glorious word: Drink. This caffeine withdrawl theory could be plausable, but I think there may be something more sinister afoot.

Caffeine is my drug of choice.
I will take any form that I can get my hands on.
Mmmmm... hot, black coffee in the morning and diet coke to get me through the rest of the day.

I don't drink caffeine in the morning, but I have to drink it in the afternoon. I don't think it has anything to do with withdrawal. I do believe in withdrawal headaches from caffeine, but my normal is to feel depleted, energy-less, flat....I feel that all the time. There was a time when I first got the headaches where I swore by a caffeine free diet - not because it was helping but because that's what the docs wanted me to do. I did it - for a very long time in fact, and then after awhile I decided that I felt just as crappy without the caffeine and the headaches did not improve one iota when I stayed away from caffeinated beverages, so then I decided to hell with that - I now drink caffeine when I want. Red Bull actually has aborted cluster headaches for me on occasion. I don't drink coffee because I hate it, but I do like caffeinated sodas - in particular red bull. Diet coke isn't really strong enough - although I do feel slightly more alert after I drink it, but nothing like I get from red bull. I don't feel jittery or hyper - I just feel like my mind is clear, and I am not so darn tired. If I don't drink caffeine for days on end, that foggy, no energy feeling does not go away - even after the period of caffeine withdrawal should end. Now I know that my normal is way lower than most peoples because of the headaches and other issues, but still.......I'm not giving up my caffeine. They'll have to pry it from my cold, dead fingers. Ha!

I would like for them to enjoy one of my morning doses of Advocare Spark Energy drink. 120 MG Of pure caffeine fun. It isn't me getting back to normal, its me coming alive.

Then again there is my mid afternoon chaser of Redbull.

This site will excite everyone.

Interesting that you this post for this week. I woke up last Sunday morning to find ONE 12oz Diet Coke in the house. I drank it while eating my breakfast bar. I was busy for the rest of the morning & into the early afternoon - no headache - but frankly I have NO memory of Sunday. I finally went to the store about 5pm, because I had the shakes and could not function. Two sodas later, I felt better. It is definitely an addiction.

If you are into Diet Coke and Mentos you should check out the guys that started it all.
www.eepybird.com

Finally ... I find someone who agrees that having a Diet Coke in the morning is the SAME as needing that first cup of coffee!!!

Thanks Doc!!! Come by to see grandpa and I, newbie bloggers who need visitors... we promise to be more interesting in the future! :)

I have suffered caffeine withdrawal once from coffee and it's not fun. I'm more of a tea drinker anyway. If I'm in really rough shape, I'll grab a coffee as, although I'm not sure how or why, it seems to hit me faster and give me more of a jolt.

I don't know why this would happen from a neurological/brain receptor point of view.

But I'm a neurological freak of nature with some funky co-morbidities so I really do need some stimulation to get me functional.

This morning, while at the hospital for work, I actually took the time to eat some breakfast for a change! I had 2 eggs (over easy), 2 slices of toast, a couple slices of bacon..........and a diet coke! And I thought of you - and smiled! hahaha

Makes a lot of sense. I'm not going to stop drinking it, but it makes sense.

I drink my coffee at 515am on working days. Really need that to face the morning stress which starts before I leave for work!