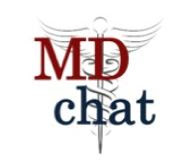 It's no secret that I wasn't a fan of MDChat 1.0 when it first came on the scene. (Feel free to read my initial review here.) But last night, I saw a tweet out there saying that the Jan 25, 2011 #MDChat would be devoted to Alzheimer's disease including an interview with a couple of people with the diagnosis. This idea intrigued me.

I know that this wasn't the first time someone was ever interviewed via twitter. But, I wanted to see with my own eyes how this would play out in real time. Even though I was on call tonight, I caught some bits and pieces of the interview live. And, I also reviewed the twitter stream and transcript.

Not only were the stories amazing, but something else I was pleasantly surprised by was that the participants in the "chat" - they didn't chat at all (for the most part) until the Q&A portion of the hour. They respected the instructions and did not cloud up the #MDChat hashtag.

So, I know I was harsh on the first go-around. But, this time, I applaud Phil and this innovative edition of #MDChat. Thanks to Gwen & Libby for sharing their stories. And, thanks to the Albert Einstein College of Medicine along with the Alzheimer's Association for their participation in the chat. Well done all around!

Appreciate your feedback - that's very important, especially since I felt it was important to give Libby and Gwen an intimately ambient setting to be heard.

I hope we'll see more of these chats.

I will definitely take a look back on the chat and see what other things can be done for future ones.